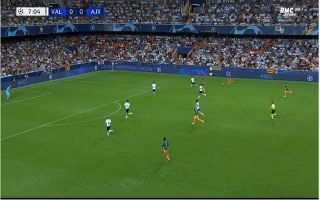 It’s a tough ask for Ajax to get anywhere close to matching their achievements last season. Even getting through the group stages again would be a good result.

They showed their ability to go to Spain and get a result against Real Madrid last season, and it looks like Valencia could be their latest victims.

I’ts hard to say if this is a lob or how the keeper gets beaten, but it’s an incredible strike:

Hakim Ziyech has just scored this for Ajax. What a goal!! ?? pic.twitter.com/rjDNJfdBvf

A rocket at the Mestalla! pic.twitter.com/BcCXu6xxEo

This might go down as the goal of the day, the keeper isn’t even that far off his line yet is helpless to stop the ball going in over his head.

“He will be the difference” – New Chelsea signing tipped to compete for major award September 14, 2020 7:58
Chelsea FC