Arsenal manager Unai Emery has hinted he could use young Brazilian forward Gabriel Martinelli out wide in the future.

The 18-year-old joined the Gunners this summer and looks a bright prospect, having scored twice for the club in their recent 5-0 win over Nottingham Forest in the Carabao Cup.

However, despite arriving as a centre-forward and looking a real threat up front, Emery has been quoted by the Metro as stating he does not feel it is the player’s best position.

The Spanish tactician admits he feels Martinelli’s potential could be best unleashed in a wide role, either on the right or left flank.

“We used him in training and against Nottingham Forest as a striker,” Emery said. 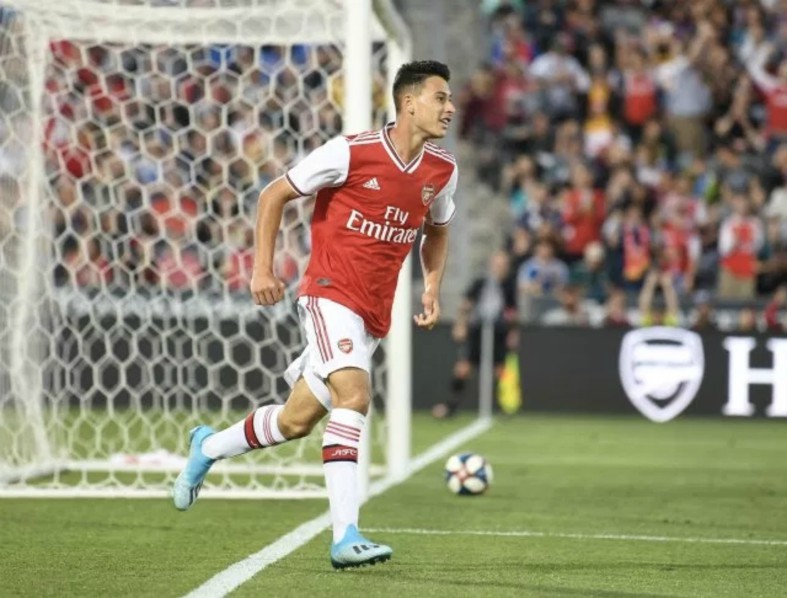 Gabriel Martinelli in action for Arsenal

“It is not the best position for him but he played well and he played there sometimes in Brazil but he can play right or left.”

It remains to be seen if or when Emery could try this move, but it’s fair to say Arsenal fans will probably want to see more of him up front for the time being.

That seems Martinelli’s most natural position and it could harm his development to try getting him to adjust to a new role, as has arguably happened with the likes of Marcus Rashford and Anthony Martial at Manchester United.

Both those players looked great prospects as strikers early in their careers but have since seen their progress stall since being moved out wide.

It’s also questionable if Emery has the best judgement on this after some questionable tactical decisions in his time at the Emirates Stadium.