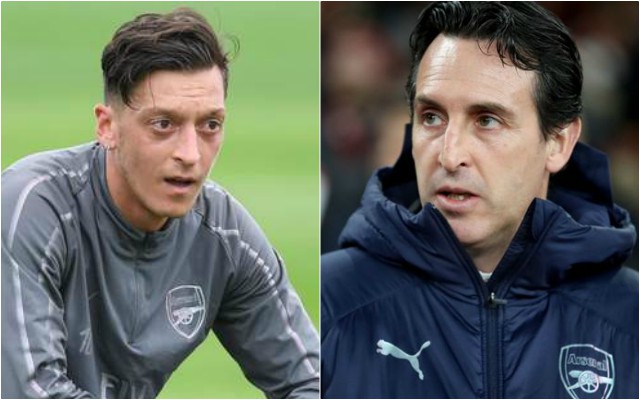 Arsenal manager Unai Emery has explained why Mesut Ozil was not in his squad to take on Standard Liege in tonight’s Europa League clash.

The German playmaker has long been a key player for Arsenal and signed a new contract in Arsene Wenger’s final season with the club.

However, his future now looks in real doubt as Emery gave a damning response when he was asked why Ozil did not feature in his squad this evening.

Speaking in his press conference after the game, as quoted by football.london, Emery said the players he selected deserved it more.

However, he appeared to throw Ozil a lifeline as well by telling him to keep on working to try to get back into his first-team plans.

“I am thinking every time the best players for the match. When I decided he isn’t in the squad it’s because other players deserve it more,” the Spaniard said.

“What does he have to do? Continue working.

“Sunday we have another match. We are going to decide again.”

It remains to be seen how this will go down with Arsenal fans, who may justifiably feel there was surely room for Ozil to get a run-out and show what he can do in a game like the one tonight.

This looks increasingly like the beginning of the end for the former Real Madrid man at Arsenal.