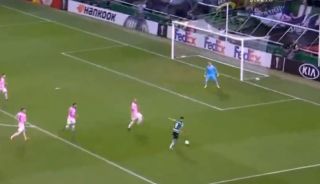 Manchester United’s scoring woes continued tonight with another poor result and performance in the 0-0 draw with AZ Alkmaar.

The Red Devils failed to even get a shot on target in the entire match, and could really have done with a little more inspiration in attack.

Bruno Fernandes would surely have done the trick, it’s just a shame United scouts were unconvinced by him, as reported by the Mail.

Sporting have scored 16 goals this season…

75% of them have been scored or assisted by Bruno Fernandes.

Another United target on the mark was Lazio midfielder Sergej Milinkovic-Savic.

The Serbia international was linked with MUFC by Marca and others in the summer, and it looks again like failing to sign him is something they’ll live to regret…