Two of Liverpool’s in-form stars have revealed that the side need to take some lessons from last night’s 4-3 win against Red Bull Salzburg in the Champions League.

According to Mirror Football, Liverpool full-back’s Andy Robertson and Trent Alexander-Arnold believe that the Reds need to take some lessons from their thrilling encounter with Red Bull Salzburg last night.

MORE: Liverpool 2020/21 Nike away kit not green as initially expected

Jurgen Klopp’s men allowed Salzburg back into the game, despite having a three goal lead. Liverpool were fortunate as superstar Mohamed Salah scored a crucial goal to seal a 4-3 victory for the Merseyside outfit.

Robertson believed that the Reds ‘weren’t good enough’ for ‘at least 50 minutes’ of the clash.

The star’s words were echoed by full-back partner Trent Alexander-Arnold who added that the side probably need ‘to use their heads a bit more’ if they find themselves in a similar situation again.

Liverpool were exceptional on the attacking side of the pitch, a free-flowing performance going forward should reignite the confidence in superstars like Mohamed Salah and Sadio Mane. 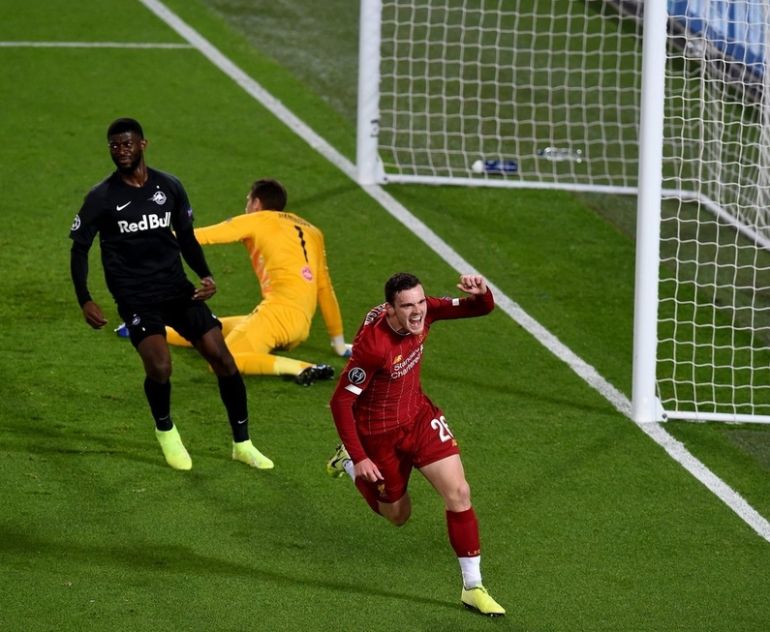 Robertson scored a rare goal for the Reds in their 4-3 win against Red Bull Salzburg.

Here’s what the Scotsman had to say on his side’s shaky defensive performance:

“Three-nil up and you think you are going to be comfortable but we started probably doing things we shouldn’t have done.”

“We let them back into the game and they are a good team. That’s why that happened. We need to sort out that 50-minute period when we weren’t good enough.”

Take a look at Alexander-Arnold’s view on what Liverpool need to learn:

“We were doing really well and maybe took our foot off the gas and were a bit complacent and we were made to pay.”

“It will be a good lesson for us. We got the win in the end but we were disappointed with the way the game went as going 3-0 up you should see the game out, keep the ball, tire out the opposition.”

“But we carried on trying to push for goals and we need to learn from that and probably use our heads a bit more.”

Liverpool are usually solid at the back and fortunately their one-off sloppy performance at the back didn’t prove to be costly because of Salah’s winner.

This is something that the Reds will have to look to improve on in the future, with all respect to Salzburg the stronger opposition that Liverpool will cross paths with in the Champions League this season could have pounced on the side’s errors.