It’s been incredible to see how much Virgil van Dijk has grown since he was strolling round Celtic Park with various strikers in his pocket. It looked like a move to the Premier League would see him found out due to the increase in quality.

That wasn’t the case as he earned a move to Liverpool and continued to look completely imperious. It just looked like nobody would ever get the better of him in a one on one situation.

Hee Chan Hwang made an absolute mockery of him as he sat van Dijk down on his way to scoring a goal that sparked an incredible comeback. One of the big things about facing someone in great form is the psychology, some strikers were beaten before they even took the field against the big Dutchman.

This image here will provide hope to a lot of upcoming opponents: 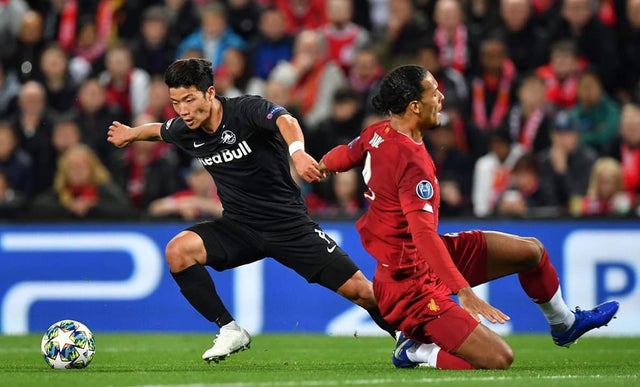 The moment where van Dijk was completely fooled

Now it’s completely plausible that this was a total one off and the whole reaction to this piece of skill is a total over reaction.

But let’s see what happens over the next few games, if some opposition players look suddenly emboldened then it could be a moment that provides inspiration to many fellow pro’s for the Salzburg forward.