The Red Devils were held to a goalless draw in the Netherlands which saw them slip to second in Group L behind Partizan Belgrade, whom they will play later this month.

United failed to register a single shot on target in the match, with the likes of Mason Greenwood, Marcus Rashford and Daniel James all toiling in vain in the final third of the pitch.

AZ centre-back Vlaar, who enjoyed a spell at Aston Villa earlier in his career, was unimpressed by Solsjkaer’s side, insisting he “played against better United teams” when he was plying his trade in the Premier League.

As per Goal, the 34-year-old said post-match: “During my time at Aston Villa I played against better Manchester United teams than this one.

“Although, they didn’t play with their best starting XI today.

“In the Premier League they play with high intensity, which I experienced myself, but United didn’t show that today. I even think they were the ones who had to cope with our intensity, and that is a great compliment to us.” 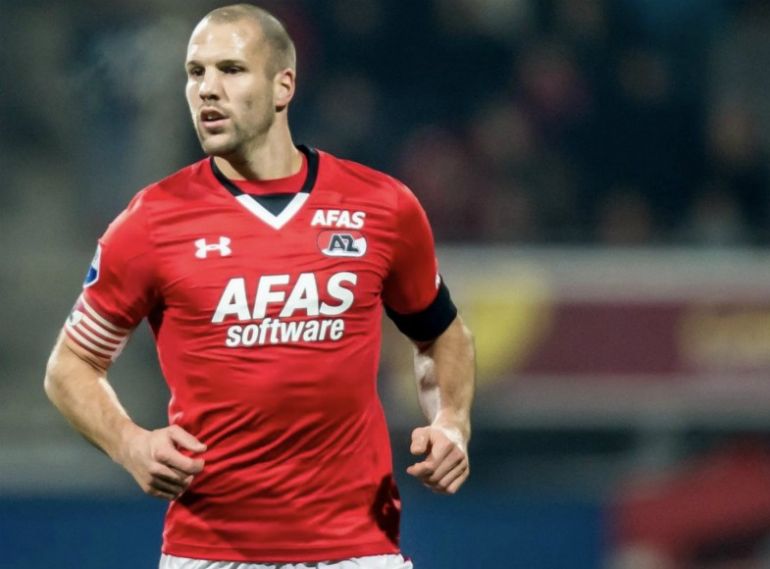 Vlaar posted a clean sheet against Man Utd with AZ

United’s long wait for an away victory stretches back to March, with a trip to Newcastle in the Premier League up next this Sunday.

Despite another disappointing result at the start of the 2019-20 campaign, Solskjaer was happy with United’s latest performance, suggesting a point was a good result against tough opposition.

“It’s a good point away from home against a difficult opponent on a very difficult surface,” he said – as per Goal. “We made many changes and I’m very pleased.”

Solskjaer also felt Marcus Rashford was denied a stonewall penalty, as he added: “Of course, it should have been a win – I’m fed up talking about penalties we should have had, Arsenal on Monday and now.