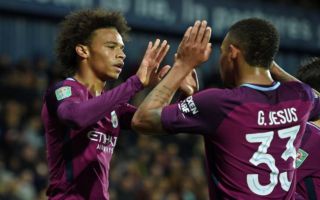 Gabriel Jesus has rubbished rumours which stated that Man City had offered the Brazilian to Bayern Munich during the summer transfer window.

Sport Bild had reported recently that Bayern were offered the chance to sign Jesus by City this summer for as much as €100M, however the German giants only had their eyes on Leroy Sane.

Following this, the player himself has come out and rubbished reports of this ilk via his official Instagram account.

As seen below, the rumour was posted by an account called ‘Tranfser.Now’, with Jesus using just one word, “lie”, in order to dismiss this talk. 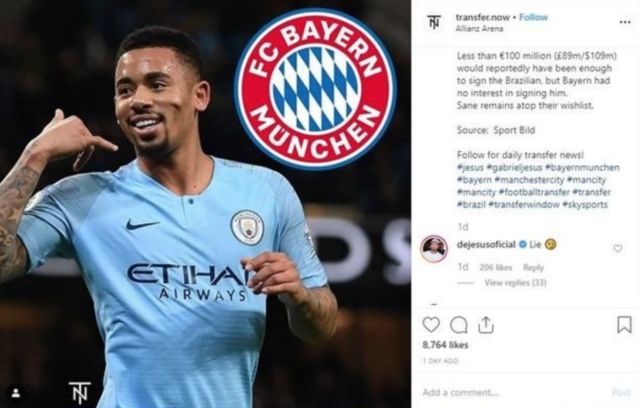 Jesus rubbished the Bayern rumours with just one word on Instagram

Jesus has been a valuable member of City’s first team squad ever since his move to the club from Palmeiras in January 2017, with the Brazilian international proving to be a reliable back-up option to Sergio Aguero.

In 108 games for the club, the forward has managed to bag himself 49 goals and 17 assists, a great record for a player who is often made to come off the bench during games instead of starting them.

Had City actually done this, and Bayern accepted the offer, it would’ve left Guardiola with just one striking option to choose from up front in the form of Aguero, something we seriously doubt the Spaniard would be willing to have.

Thus, we can easily see how this report would be a lie, as Jesus is alluding to here.