Napoli winger Dries Mertens has admitted he could leave the club when his contract expires next year, amid reported interest from Manchester United.

The Belgian has spent the last six years of his career at Stadio San Paolo, emerging as one of the most consistent performers in Serie A.

The 33-year-old superstar has featured prominently for Carlo Ancelotti’s side once again in the early stages of the 2019-20 campaign, scoring five goals in seven appearances across all competitions.

The Express reports that Mertens has been linked with a move to United in recent times and has yet to commit his future to Napoli despite entering the last 12 months of his existing deal.

The Belgium international has now left the door open for a transfer away from his current club, confessing that he is not yet certain where he will be plying his trade next season.

As per the Daily Mail, Mertens told Voetbal Sport/Magazine: “I still don’t know what my future will be.

“My objective right now is to have a very good season with Napoli. Then we’ll see how things go. There’s still some time left until the end of the season. 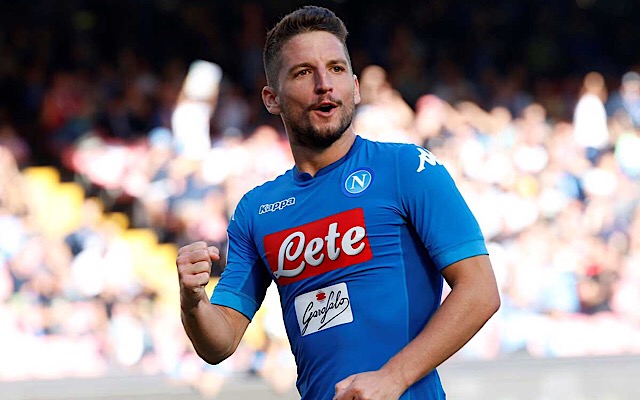 Mertens has been previously linked with Man Utd

“Here at Napoli, I still have seven months left on my contract. I don’t know where I’ll be playing next season.

“At the end of this year, I’ll assess whether to renew my contract or not, but it’s still too early. I’m not in a position to rule anything out.”

Ole Gunnar Solskjaer could certainly use some extra attacking reinforcements at Old Trafford, with United currently lacking a clinical edge in the final third of the pitch.

Mertens has the quality and experience to add a new dimension to the Red Devils line up and he could be brought in for a bargain fee considering his age.

It remains to be seen whether or not United will reignite their interest in the Napoli ace in 2019, but this story is one to keep a close eye on if he decides against committing to fresh terms with the Italian giants.