Red Bull Salzburg striker Erling Haaland has issued a response to “boring” reports linking him with a move to Manchester United in 2020.

The Sun reports that the Red Devils have identified Haaland as a potential transfer target, after his impressive start to the 2019-20 campaign.

The 19-year-old has scored 18 goals in 11 matches across all competitions for Salzburg this season, most notably starring in Champions League fixtures against Genk and Liverpool.

Haaland netted a hattrick against the former, before also scoring against the reigning European champions on Wednesday night, as Salzburg succumbed to a narrow 4-3 defeat in a thrilling fixture at Anfield.

As per Sport Witness via the Mirror, the prolific Norwegian has now admitted that he is “bored” by the constant transfer rumours suggesting he could join United next year.

“The media attention is huge. It’s good pressure,” he began.

“The club is good at shielding me a little, but I hope it will be more shielding in the future. 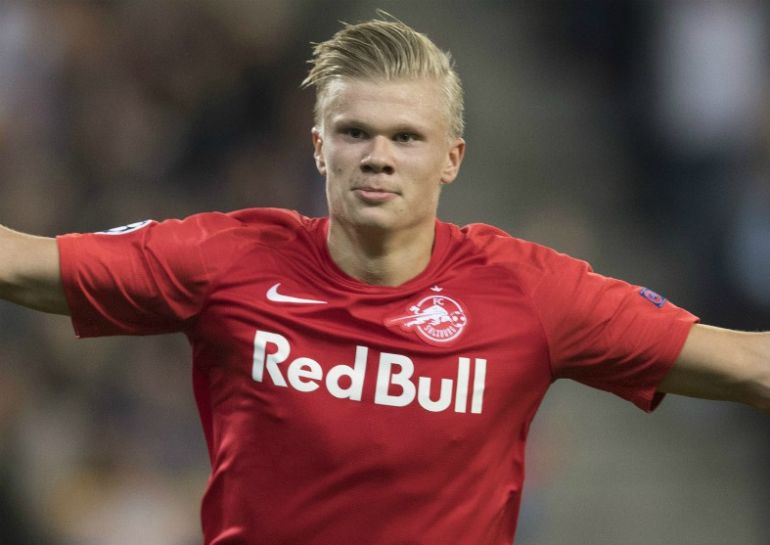 “It will be difficult, but we will try. I want to be shielded.

Ole Gunnar Solskjaer has already praised Haaland for the impact he has had on the European stage at the start of the campaign, having coached the teenager during a previous management spell at Malmo.

The United boss could certainly use a deadly marksman in his starting XI at the moment, with Marcus Rashford currently failing to live up to expectations as a loan striker.

18-year-old Mason Greenwood has been fast-tracked into the first team in the absence of the injured Anthony Martial, but the Red Devils will need more firepower to challenge for a place in the top four.

Haaland could be the ideal solution for Solskjaer, but at the moment it sounds like he is growing tired and frustrated with the constant speculation surrounding his future, which might see him remain in familiar surroundings for a while longer.