Real Madrid are said to be readying a potential €140M double swoop for Napoli duo Fabian Ruiz and Kalidou Koulibaly next summer.

As per Don Balon, Los Blancos are said to be eyeing moves for both Ruiz and Koulibaly for the summer of 2020, with the club readying to pay €140M for them despite their combined price tag being closer to €200M.

It’s also stated that Napoli will most likely reject an offer of €140M and ask for more, or even for Real to include either Isco or James Rodriguez in a deal.

If Real were to get a deal of this ilk over the line next summer, it’ll come as a big boost to the club’s options in both defence and midfield.

During their respective stints at Napoli, both Ruiz and Koulibaly have managed to establish themselves as two of the best players in Serie A in their positions. 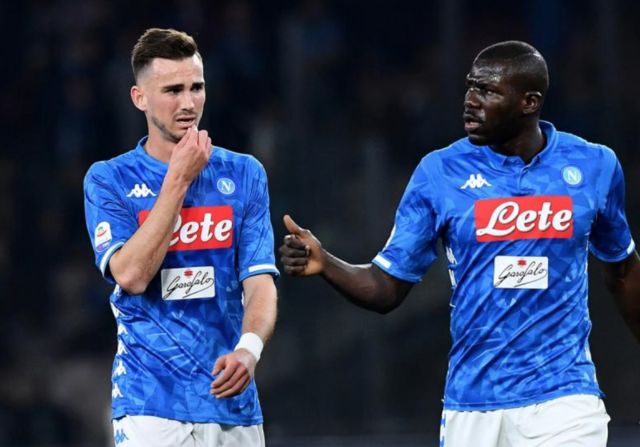 Given how they’ve started this season, it’s clear to see that Los Blancos need to improve their squad in the upcoming transfer windows in order to compete in all fronts once again.

Players like Modric and Ramos are slowly but surely declining, something that means the club are going to have to find suitable replacements for them in the near future.

And it seems like they’ve found to perfect candidates for that in the forms of Ruiz and Koulibaly.