It’s all well and good when someone goes out on loan and shows they can play at the same level. Usually it means his parent club can look forward to getting an improved player back at the end of the season.

The problems come when a youngster doesn’t get a chance, but then shows they might be on the same level as the starters at his parent club.

It looked like Martin Odegaard would be on his way out of Real Madrid at some point after being loaned out for four seasons in a row. this season saw him move to Real Sociedad, only he’s done much better than anyone expected:

The youngster has been awarded the La Liga player of the month for September. This comes at a time when Real have been lacking some inspiration in midfield and often look like they lack some creativity.

He’s been credited with two goals and two assists so far this season, and will surely improve further as the year goes on. It’s easy to forget that he’s only 20 so he has a lot of time to grow as a player. 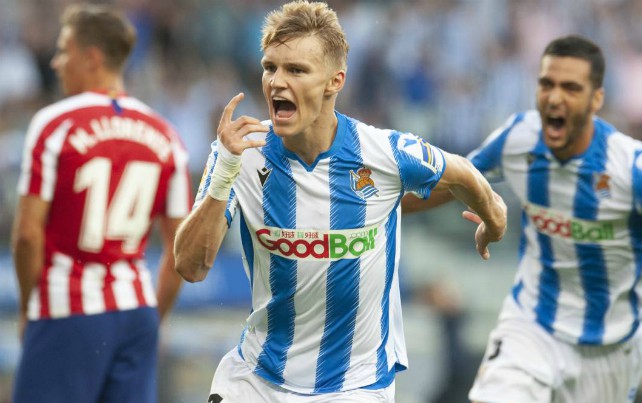 Player of the Month

It remains to be seen what Real Madrid decide to do with him next season. They seem like the type of club that would absolutely look to sign him if he wasn’t already their player, due to the attention he’s getting.

The club’s fans always seem like they want big money signings, so bringing a loan player back might not satisfy that demand. Perhaps they will take the chance to cash in on him while his reputation is high.