Arsenal defender Davis Luiz has confirmed that he didn’t have to think twice about swapping Chelsea for the Gunners during the summer transfer window.

Luiz, who spent a number of years at Stamford Bridge, left the Blues for Unai Emery’s side during the last few days of the summer window.

And now, around two months since his move, Luiz has confirmed that swapping Chelsea for Arsenal was an absolute no-brainer.

As per the Sun, Luiz has opened up on his last few days at Chelsea, stating that “It was an individual decision made through honest conversation – between me and Frank Lampard, no one else. We had a different idea of the future of the game and that’s why I chose to take a new path.” 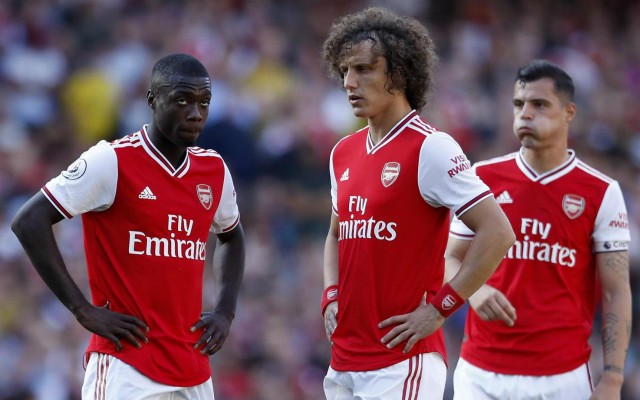 It’s fair to say that Luiz hasn’t been brilliant for the Gunners since his move in the summer, however, given the options Arsenal had at centre-back before his move, the Brazilian’s arrival was definitely one that was needed.

It’ll be interesting to see how Luiz can contribute to the Gunners’ attempts to qualify for next year’s Champions League this season, and whether the manages to land himself a regular first team place in the meantime.

However, if his performances so far are anything to go off, it seems like the former Chelsea man is going to have to buck his ideas up if he’s to help the north London side play against Europe’s elite in the 2020/21 season.