Obviously the very idea of a transfer ban is to punish a team, but in Chelsea’s case it looks like they might be able to make the most of it. Frank Lampard has taken advantage by pushing several youngsters into the first team and it looks like a few are more than good enough for the top flight.

Another consequence is they will save money by not paying transfer fees. According to a report by The Sun, Chelsea were able to make a profit of £133m through player sales over the last year. The bulk of the profit came from selling Eden Hazard and Alvaro Morata in the Summer.

They were able to get past the ban to sign Mateo Kovacic, but that was it. Lampard will be hoping that some of that money will be available once the transfer ban is over, with his squad needing some new faces.

They are fine in the short term, but players like Olivier Giroud, Willian and Pedro are getting older so they will need to be replaced at some point soon. 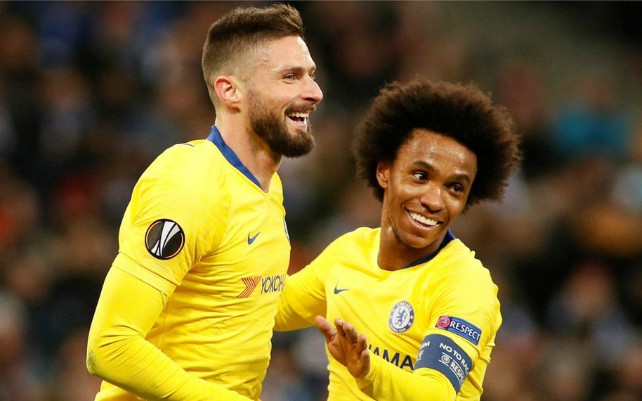 Giroud and Willian are the wrong side of 30

The report goes on to suggest that some players are already being lined up as potential targets for whenever the club can freely trade again. The main one is Wilfried Zaha, but Ben Chillwell and Kai Havertz are also mentioned.

It will be tough to get the balance right between adding members to improve the team and ensuring the younger players still have a clear pathway to the first team. It looks like two or three signings are all that’s needed just now, adding any more could upset the whole balance of the team.