Real Madrid have been handed some good news, after it was reported that Man City would be willing to negotiate a deal with the club regarding forward Gabriel Jesus.

Jesus has been in and out of City’s team so far this season, with Guardiola opting to rotate between him and and fellow forward Sergio Aguero for most of City’s matches.

Despite not getting consistent game time, Jesus has still managed to establish a great overall record for himself during his time at the Etihad, as the Brazilian has bagged an impressive 49 goals and 17 assists in 108 games for the club.

And it seems as if this form has caught the eye of Real Madrid, as Don Balon note that Los Blancos are seemingly interested in acquiring the forward’s services.

The report notes that City are willing to open talks over a deal for the forward, however they’re after at least €100M if they’re to let him go, a small price to pay for a player who could be a world beater in a few years time. 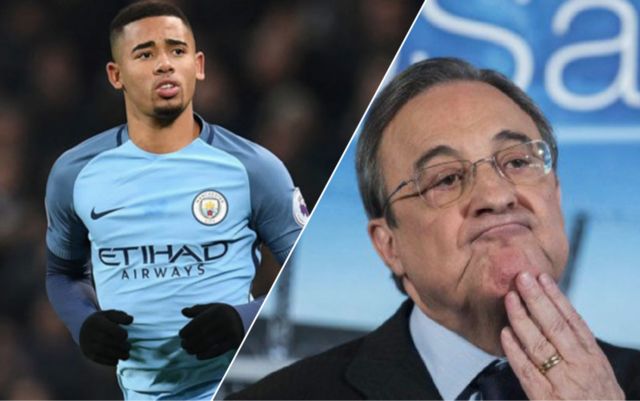 Jesus is one of the most effective strikers in the Premier League, with the Brazilian being able to bag goal after goal despite being given limited minutes by Guardiola.

Given that Jovic is yet to impress since his move in the summer, combined with the fact that Benzema is surely approaching the tail end of his time at Real, Los Blancos’ pursuit of Jesus makes sense.