Jurgen Klopp has revealed that Andy Robertson was the reason why Liverpool’s match with Leicester today ended with an on-field bust-up.

The Reds beat Brendan Rodgers’ side 2-1 at Anfield this afternoon thanks to a very late penalty from James Milner, one that was awarded following a foul on Sadio Mane.

After the full-time whistle, tensions were clearly high, so high in fact, that a bust-up between the two sides erupted.

It seemed as if Lallana, Perez and Robertson were the main perpetrators of the bust-up, however after the game, Klopp did come out and confirm who was responsible for starting the altercation.

As per the Mirror, when speaking about the incident, Klopp said “Andy Robertson celebrated on final whistle and pushed [Perez], which he probably didn’t expect, which he was annoyed at”.

Given this, it seems like Robertson was the reason why the bust-up occurred in the first place, something that gave a competitive game an ugly ending. 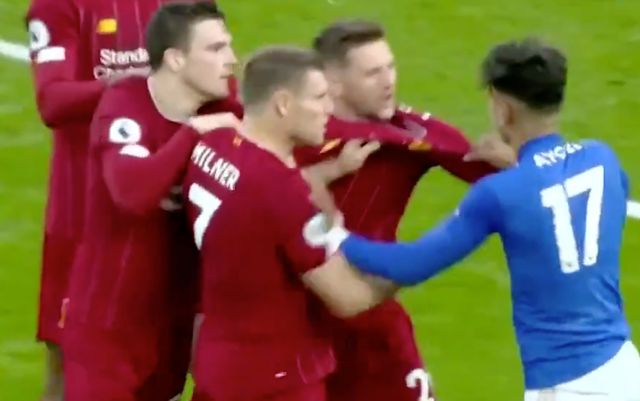 Klopp confirmed Robertson was why the full-time altercation happened

Despite this altercation, Liverpool will still be delighted with today’s game, as it now means that the Reds have won all eight of their games in the league this season.

The club are also closing in on a new PL record, as they’re just two wins off of breaking Man City’s record of 18 consecutive league wins.

However, given that the Reds play both Man United and Spurs in their next two league outings, it seems like the Reds have it all to do in their attempts to keep up their 100% start to the season.