The Danish international’s current contract with the club runs out this summer and he is yet to sign a new one. Spurs feel that Maddison is the perfect replacement for Eriksen according to the Daily Star (via the Mirror).

The Leicester City attacking midfielder is among the finest talents in the Premier League and has been an integral player for the Foxes since joining them from Norwich City last summer. So far, Maddison has scored nine goals while providing as many assists in 45 appearances across all competitions.

This season, the 22-year-old has been in fine form for Brendan Rodgers’ side, scoring and assisting twice in seven appearances across all competitions. Tottenham Hotspur aren’t the only club interested in signing Maddison as Manchester United are eyeing a £60 million move for him according to the report from the Daily Star.

The 22-year-old has been in fine form for Leicester City this season and there’s no doubt that big clubs will be interested in signing him. Maddison could certainly be a fine addition to Mauricio Pochettino’s squad provided Eriksen leaves. However, the Foxes will certainly try their best to keep one of their best players. 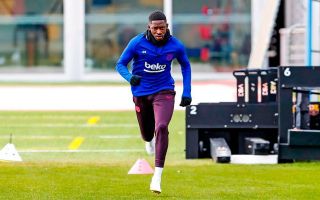