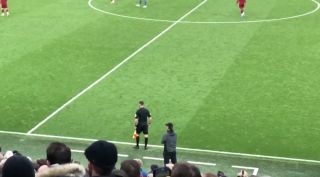 Liverpool secured a dramatic win over Leicester City today, as the Reds continued their 100% start to their Premier League season.

A 95th minute penalty was needed to separate the two sides at Anfield this afternoon, as Klopp’s men won their 17th consecutive league outing.

SCENES! Jurgen enjoyed that one ? pic.twitter.com/nZ7JWrsFci

At full time, Klopp can be seen celebrating with raw emotion and passion, even cupping his hands to his ears at the Liverpool fans in celebration.

Given his reaction, seems like this one really mattered to the German!