There used to be many things that were guaranteed about Man United. The players would play with a positive attacking attitude, the always looked like they might take something from every game and Steve Bruce’s teams would always roll over when they played them.

There are so many issues with their performance today that you can’t blame United fans for questioning whether this might be time to make a change in the dug out. They looked utterly abject, and Solskjaer has become the first United boss to lose to a Steve Bruce team.

READ MORE: “We are playing with 10 men”: These fans express dismay over Solskjaer sticking with much maligned defender

To illustrate how unwanted that record is, Bruce previously went 22 games without a victory against his former employers:

It was a shameful performance which has to result in some sort of action being taken. The players looked scared to try and create anything and it’s possibly the most toothless a United side has looked in attack for a long long time.

The problem now is what can the board actually do? They’ve hindered the Norwegian with years of terrible transfer dealings, the team was stacked with poor quality defenders and have nothing in midfield or attack. 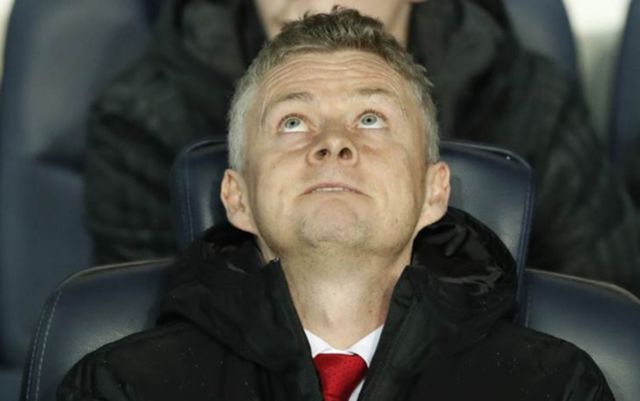 They can sack the manager, but who could come in that would actually improve things? You have to wonder if the only options open to them would be another caretaker manager. If they have a good start, it could just begin the entire cycle all over again.