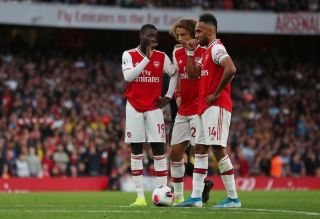 Arsenal fans are seemingly turning on summer signing Nicolas Pepe after another poor game for the club against Bournemouth today.

The Ivory Coast international was a big-money buy from Lille over the summer and big things were expected of him at the Emirates Stadium.

However, it seems to be taking time for Pepe to settle and a number of Gooners are growing impatient after he again failed to make an impact in today’s game against Bournemouth.

Pepe didn’t last the full 90 minutes as he was replaced by Gabriel Martinelli in the second half, and Twitter reaction to his performance has mostly been very negative.

The 24-year-old did manage to set up the opening goal for David Luiz, but there’s no doubt he could be doing a lot more against opponents like this.

For the money Arsenal spent on him, it’s fair to say they’ll surely have hoped for more from him on the pitch by now.

we have to talk about how poor Pepe has been man

Useless, Pepe crazy how bad he is

@Arsenal Pepe is a flop waste of money

Pepe is a waste of money££

Another poor game Pepe. Not effective at all.

Pepe has been really poor again, starting to get a little concerned

Pepe off..another poor performance from him

Pepe goes out without scoring for us. Useless 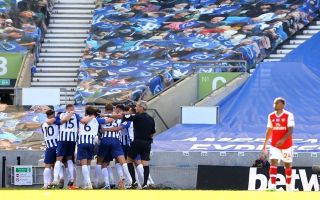