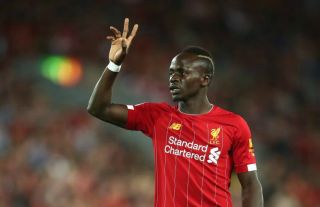 Alan Shearer feels that Sadio Mane dived to win the penalty that eventually secured the three points for Liverpool against Leicester City yesterday.

The Reds registered their eighth successive win of the Premier League by beating the Foxes 2-1. Mane opened the scoring in the first half before James Maddison found the equaliser in the 80th minute. It seemed that Liverpool’s winning streak would come to an end but in the dying moments of the game, they won a penalty after Marc Albrighton brought down the Senegalese winger. James Milner stepped up and converted the spot-kick to seal the win for the Reds.

Shearer wasn’t too delighted with Liverpool winning the penalty as he thought that Mane dived to win it. As quoted by the Daily Mail, the Premier League legend told Match of the Day: “I don’t think it’s a penalty, I think it’s a dive. ‘It’s a contact sport. Mane takes a touch against Albrighton and then decides to go down.”

Many have echoed Shearer’s opinion on Mane diving but by looking at the replays, there’s no sign of the 27-year-old diving. The tackle from Albrighton was unnecessary and the penalty was fairly awarded.

Liverpool’s next fixture is against Manchester United two weeks from now.