The Reds maintained their perfect Premier League record by beating Brendan Rodgers’ side thanks to a last-minute penalty from the 33-year-old. Earlier, Milner provided the assist for Liverpool’s opening goal which was scored by Sadio Mane before James Maddison equalised for Leicester City.

SEE MORE: Jurgen Klopp reveals who was at fault for full-time bust-up between players in Liverpool vs Leicester

The European champions won a penalty in the dying minutes of the match after Mane was fouled by Marc Albrighton. Milner calmly slotted his shot past Kasper Schmeichel to win the match for Liverpool.

Following the match, Klopp praised the former England international’s performance. Speaking to the club’s official website, the German manager said: “I’m really not sure if I’ve said all the positive things about James Milner, no problem to do it again. Not only today, in general, how incredibly important he is. Today it was a super game but not even Millie can play 12 games in a row or whatever, it’s just too demanding and all that stuff. But yeah, very good performance, the pass for the first [goal] is just smart.

“Unfortunately you need to have a few games in your legs probably to know about the situation, but we had a lot of these situations. We played a few smart passes for the boys. We obviously changed formation a little bit, we brought Mo in the centre, Sadio and Bobby more in the position 10 [against] the opponent who could train a full week to prepare for us – [that’s] what we cannot do.

“We had a 20-minute session to prepare for Leicester. We changed our shape as well but then you need the players to use this. So Mo obviously running in behind. But now we have two players in between, which is incredibly well. But on the other side, when you get the ball and you see Evans played a really, really good game, but in speed-wise he cannot deal with Sadio.

“Of course, if you see that and pass the ball there, that’s just smart. It was a bit lucky, of course, Evans can touch the ball as well and there would be no chance anymore. But we have to try these things and it makes Millie really special because he’s obviously prepared for a game, not only physically.”

Milner produced a fine performance yesterday after being in the playing XI ahead of Liverpool captain Jordan Henderson. Besides scoring, he provided a spectacular pass for the opening goal. The 33-year-old now has two goals and three assists in 11 appearances across all competitions this season so far.

It will be interesting to see if Klopp gives Milner a start in Liverpool’s fixture against Manchester United on the 20th. 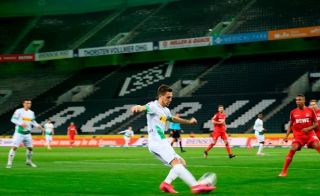 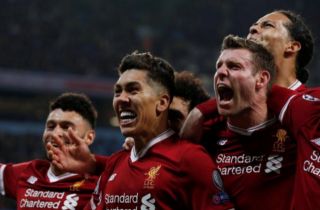