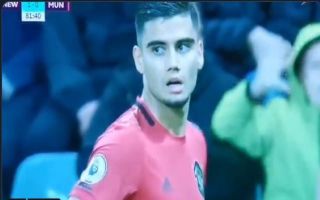 Man United were so atrocious today that the reactions and interesting moments keep emerging well after the final whistle.

Ole Gunnar Solskjaer has an incredible amount of things he needs to fix and the players need to show they belong at the top level.

If there was one moment that sums up the entire feeling at the club then this is it. They were chasing an equaliser as Fred tried to control a simple pass. He makes an absolute mess of it and looked like an amateur player.

The look on Pereira’s face afterwards is priceless:

The worst thing about it is he doesn’t even seem angry. It’s almost like he’s fully accepting of how awful Fred is, and is just embarrassed that he’s shown himself up in front of everyone.