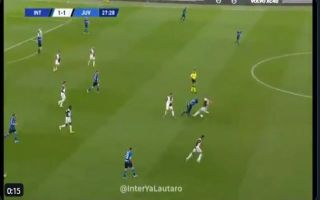 It would be untrue to say that Romelu Lukaku was an absolute star at Old Trafford and they should never have sold him, but you can’t deny they could really do with him just now.

He showed there was more to his game than goals tonight with a fantastic nutmeg that completely takes Juventus defender Matthijs de Ligt out of the game:

Juventus usually dominate Serie A but Inter look capable of giving them a real run for their money this season. Antonio Conte has had an immediate effect, and Lukaku could be the man to provide the goals this season.