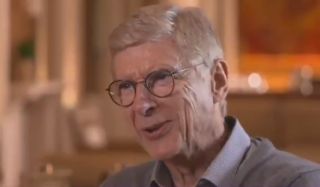 Former Arsenal manager Arsene Wenger has explained why he used to famously struggle with his coat zip when he was Gunners boss.

The Frenchman can be seen in the video below discussing why he so often struggled to zip his coat up, insisting that the coats were too long and that he was also distracted by what was happening on the pitch.

The interview features some comical highlights of Wenger’s zip getting stuck, but the former Arsenal boss takes it all with good humour.

Wenger left Arsenal at the end of the 2017/18 season and was replaced by Unai Emery shortly afterwards.