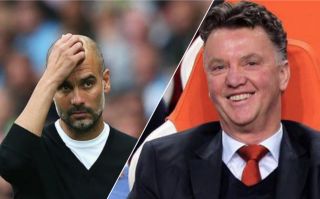 Wolves pulled off a stunning 2-0 win away to Man City this afternoon, as Pep Guardiola’s side were dealt a huge blow to their Premier League title hopes.

A double from Spaniard Adama Traore was enough to hand Wolves all three points at the Etihad today, as Guardiola’s men fell even further behind in the title race.

It was a poor performance all-round from the home side, who struggled to create any meaningful chances at all throughout the entire 90 minutes, whilst their opponents were ruthless with their’s.

Given this result, and City’s failure to score, means that Wolves have become the first team since Louis Van Gaal’s Man United in 2016 to beat City away from home whilst keeping a clean sheet.

0 – Manchester City have lost a @premierleague match at the Etihad Stadium without scoring for the first since March 2016 against Man Utd (0-1), with Manuel Pellegrini in charge. Stunned. #MCIWOL pic.twitter.com/aa1iXqRMVt

This result now means that City have a huge task on their hands if they’re to retain their league title, as they now sit a whopping eight points behind Liverpool, who now seem to be running away with it.

It’ll take an absolutely mammoth effort from City to claw this one back, however if there’s on team you’d bet on doing, it’d certainly be Pep Guardiola’s men.