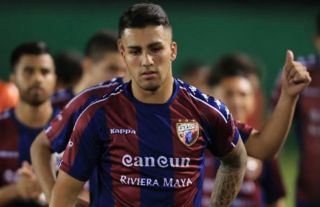 Argentine footballer Ezequiel Esperon has tragically died at the age of just 23 after falling from a sixth floor terrace whilst partying with friends.

The Daily Mirror report that the former Internacional and Gremio ace leaned on some railings that had not been closed properly and therefore gave way under his weight.

Esperon was pronounced dead shortly afterwards, with his former clubs paying tribute to him on Twitter after this sad accident.

The youngster had played in his native Argentina as well as for clubs in Brazil and Mexico before his career and life were tragically cut short.

One of his old clubs Atletico All Boys released a statement on social media alongside a picture of the midfielder, saying: “All Boys is deeply saddened by the death of Ezequiel Esperon who played in our youth sides.

“Our condolences to his family, loved ones and friends.”

The report adds that the police are set to investigate the incident, though it does not look suspicious and simply a hugely unfortunate accident.