If there’s anyone who knows what it feels like for an Arsenal team to not be at the required level to challenge for the league it’s Arsene Wenger.

Arsenal currently sit in third position in the Premier League but it seems a stretch to refer to them as possible title contenders at this point. They do have a lot of quality going forward but a defence that relies on David Luiz is just asking for disaster at some point.

READ MORE: Arsenal ace faces international dilemma as Italy urge him to reject country of birth after great start to the season

Arsene Wenger had been speaking to Talksport about the possibility of returning to management and Arsenal’s titles prospects were also brought up.

The Frenchman said: “I think there’s a pack of clubs that are very close to each other and there is one team above everybody else and that is Liverpool. It would not be realistic today to speak about that [Arsenal challenging for the title].”

The problem for Arsenal is it’s not even just a case of trying to figure out if this squad is good enough to sustain a title challenge. They would also have to overhaul Man City and Liverpool in the process.

Pep Guardiola’s men are having a tough time just now, injuries in defence are catching up with them but you still fancy them to finish higher than Arsenal at the end of the season. 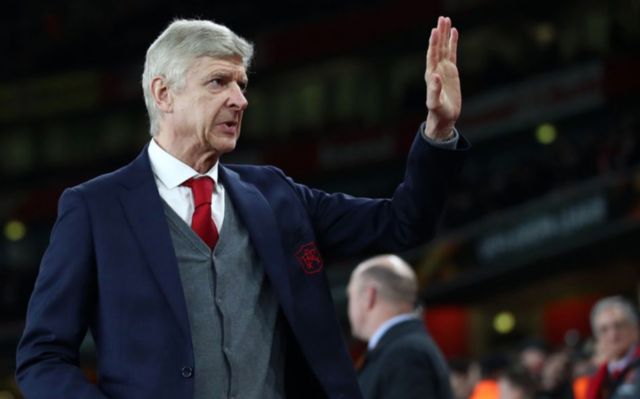 Liverpool look completely unstoppable. It’s tough to see where their next loss or draw will come from. Historically you would point to their upcoming trip to Old Trafford as a tough game, but It’s impossible to see anything other than a Liverpool win from that one.

Arsenal already trail Klopp’s men by nine points, so it’s very hard to see them being realistic contenders this year.