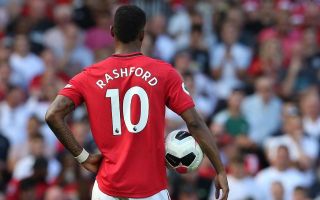 Red Devils players have been noticeably quiet on social media after the result, but Rashford has now tweeted to discuss the team’s poor recent form.

As seen in the tweet below, Rashford says he knows United’s recent form has not been good enough and that the club’s fans deserve better.

You can’t hide in football and the last few weeks simply haven’t been good enough.

As a United fan myself, that hurts. And you deserve better.

We know we need to improve and that is our sole focus as a team and as a club. pic.twitter.com/GyHgvQvxeM

Rashford will no doubt hope this strong message can go some way towards helping heal some divisions growing between supporters and players.

The 21-year-old, however, is likely to be one particular target of anger after his own dramatic loss of form up front.

Video: Big miss for Odion Ighalo vs Brighton as he hits the side netting after rounding the keeper

Opinion: The best and worst case scenario for Man United, Man City and Chelsea as the Champions League draw looms

Rashford broke onto the scene a few years ago and looked a huge talent, but the goals have dried up for him and he barely made any impact in Sunday’s match at St James’ Park.

MUFC could do with Rashford raising his game after the summer departures of Romelu Lukaku and Alexis Sanchez.