As we welcome in the international break, we have one final Premier League team of the week to enjoy before the club football returns in just under two weeks’ time.

It was a weekend full of big story-lines, with Manchester City suffering a shock defeat just after Liverpool snatched a controversial late winner, creating an eight-point gap between the Reds and the reigning champions at the top of the table.

Elsewhere, Manchester United and Tottenham continued their awful form with defeats, so it’s not too surprising none of their players are in the BBC Sport team of the week.

Instead, we see some slightly less familiar faces as Brighton duo Matt Ryan and Lewis Dunk get in for their performances in the 3-0 win over Spurs, and Premier League debutant Matty Longstaff earns his place after scoring the winner against Man Utd.

There’s room for a few big names from Liverpool, Arsenal and Chelsea, and of course for Wolves hero Adama Traore after his brace stunned City at the Etihad Stadium… 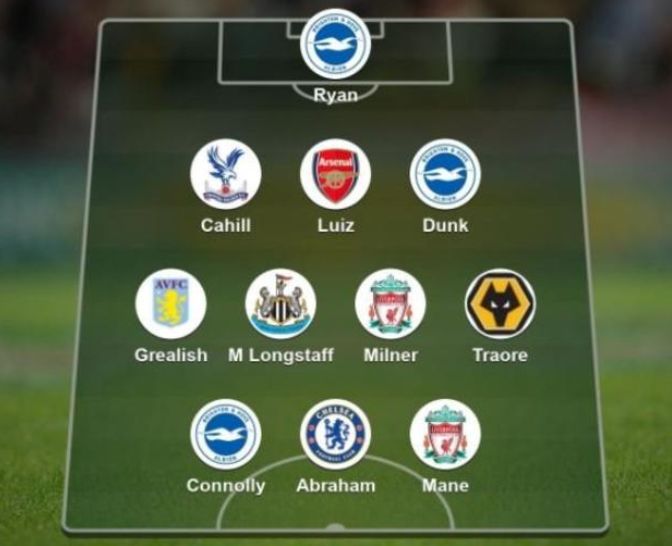