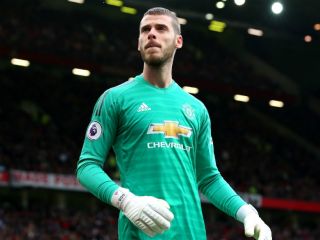 It’s fair to say that former Man Utd midfielder Paul Ince wasn’t impressed with David De Gea this past weekend as he also slammed his old club as their woes continue.

The Red Devils fell to a 1-0 defeat to Newcastle United on Tyneside on Sunday evening, as their miserable start to the campaign continued.

Speaking after the game, De Gea cut a dejected figure and was at times lost for words, as seen in the video below, and to an extent, it’s understandable as it was probably difficult to find the right words after another disappointing setback.

However, Ince wasn’t having it and was highly critical of the Spaniard as he slammed him as the leader and captain of the team for what was ultimately a hugely uninspiring and difficult interview to watch.

“I watched David De Gea’s post-match interview and I was at a loss,” he is quoted as saying by The Sun. “He’s meant to be one of the leaders, if that was Peter Schmeichel standing there, there’s no chance you’d have seen that interview.

“This is one of the top players, the leaders at Man Utd, who has just signed a five-year contract.

“And he looks like he doesn’t have a clue what’s going on.

“If you’re a United fan listening to your goalkeeper – one of the main leaders in the team – and that’s the interview you hear, you’d be right to be disgraced.”

Ince was equally as scathing in his attack on the team as a whole and the hierarchy as he slammed the lack of leadership ‘from top to bottom’ at the club as he described them as a “total mess” and questioned the direction in which they are going.

Time will tell if Solskjaer can steer them back on track, but ultimately as they sit in 12th place in the Premier League table having picked up just nine points from their opening eight league games, it does raise the question as to how bad it could get this season.

It certainly doesn’t get any easier after the international break either as they host rivals Liverpool on October 20, and defeat at Old Trafford in that fixture will undoubtedly raise the pressure and scrutiny that everyone at the club is coming under.

While De Gea stressed in his interview below that the team must keep fighting, they also need to show much more quality to go with that spirit otherwise their struggles could continue for some time.

David De Gea's very honest interview after their loss to Newcastle shows how much he cares about the club pic.twitter.com/JuSX9bz7yS