Spanish journalist Guillem Balague has stated that Real Madrid forward Gareth Bale is looking to leave the club at the end of the season after becoming ‘angry’ and ‘confused’.

The Welshman’s form dipped a fair bit last season, as he only managed to bag eight goals and four assists in 29 La Liga appearances, a total he’s already on his way to eclipsing this year.

Bale has bagged two goals and two assists in just six league outings thus far, something that shows he may be getting back to his best.

However, this return to form doesn’t seem to have convinced the player into staying, as Balague notes, via AS, that the former Spurs man is looking to leave the club in the summer.

Balague writes that Bale’s exclusion from Real’s match-day squad to take on Club Brugge was the last straw, with the player now being described as ‘angry’ and ‘confused’ regarding his situation at the Santiago Bernabeu. 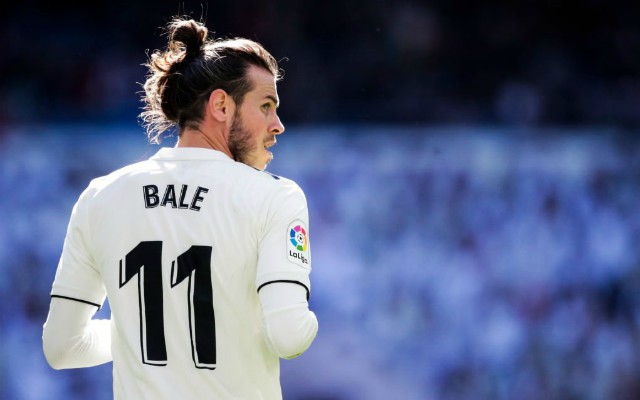 Bale is looking to leave Real Madrid in the summer window

Bale was linked with a move away from Real during the summer transfer window, with the Sun even stating that the Welsh international was set to move to Chinese side Jiangsu Suning, a move that never ended up materialising.

Following this, Bale seems to have bucked his ideas up at Real recently if his recent form is anything to go off.

Despite this, it still seems as if the forward is looking for a way out of the Spanish giants in the near future, thus it may be worth keeping an eye on this one come the end of the season.