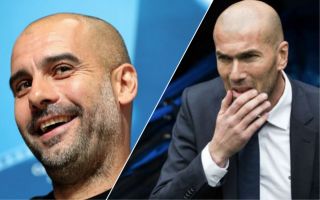 Man City are said to have agreed personal terms with Lazio and Serbia midfielder Sergej Milinkovic-Savic, as Guardiola’s side close in on a potential move for the player.

As per Don Balon, the reigning Premier League champions have an agreement with the Serbian international, a player they’re willing to fork out for as a replacement for David Silva.

It’s also noted that Milinkovic-Savic is set to be available for as little as €80M, with clubs like Real Madrid also said to be in for the midfielder’s signature.

Given that Silva is set to leave the club come the end of the season according to the Mirror, City’s decision to get looking for a replacement already seems like a wise one to say the least.

During his time with Lazio, Milinkovic-Savic has managed to establish himself as one of the best midfielders on the planet, thus it’s easy to see why clubs like City and Real are after his signature.

Since the start of the 2017/18 season, Milinkovic-Savic has managed to bag a total of 18 goals and nine assists in Serie A, a decent return for a player who’s usually deployed as a central midfielder more often than not.

Real could definitely do with adding to their options in the centre of the park given the recent forms of stars like Kroos, Casemiro and Modric.

However, it seems like they’re going to have to get a move on if they’re to add Milinkovic-Savic to their ranks ahead of Man City, especially if this report is anything to go off…