Manchester United are reportedly eyeing up some major transfer deals to fix their attack in the near future if latest gossip is to be believed.

The Red Devils have had a poor start to the season and look in need of major work in a number of areas, though it makes sense that signings up front could be a priority.

The Telegraph list three big names as being on United’s radar, with Lyon striker Moussa Dembele a target up front to perhaps replace the badly out-of-form Marcus Rashford.

The Frenchman has also been linked with Everton by Football Insider, who add that he’d likely cost around £40million.

The Telegraph also mention Borussia Dortmund winger Jadon Sancho, who could be a major upgrade in attacking midfield on the hugely disappointing Jesse Lingard, whose form has badly tailed off in 2019.

Don Balon have also linked Sancho with Man Utd, stating they’re the club currently showing the most interest in the £108m-rated England international.

Finally, Leicester City playmaker James Maddison is also mentioned by the Telegraph as being a target for United, and he could be the perfect finishing touch to add some creativity and get the best out of pacey forwards like Dembele and Sancho. 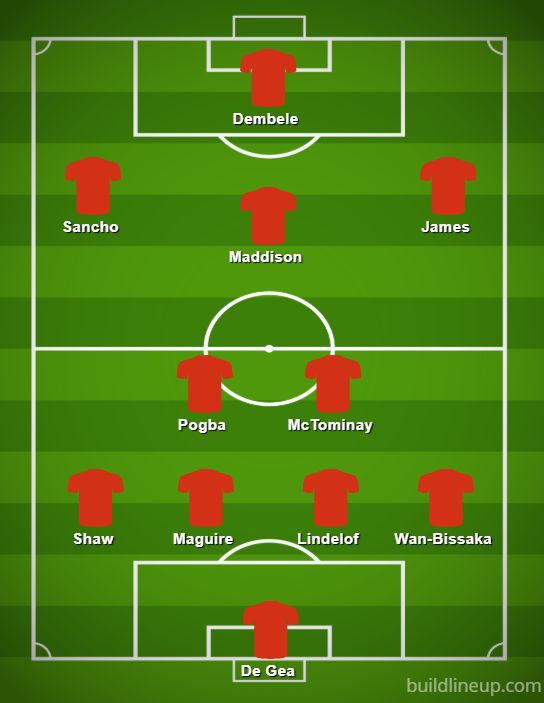 As you can see, it’s clear midfield still looks a little weak for United, even if Scott McTominay is having a decent season so far.

Paul Pogba surely needs a top-level partner in the middle of the park to allow him to improve, but of course having better talent ahead of him could help too.

There’s surely also hope that more quality going forward and defenders returning from injury could generally ease the pressure on that back line as well.