According to Team Talk, the Red Devils have previously identified Verratti as a transfer target, in a bid to solve their creative woes across the middle of the park.

The Italy international has emerged as one of the best midfielders in Europe since moving to Parc des Princes from Pescara back in 2012, helping PSG win 22 domestic trophies in total.

United could certainly use a man of his talents amid a transitional period at Old Trafford, but they have been dealt a transfer blow this week, with Verratti now set to extend his stay in the French capital.

According to L’Equipe, PSG have offered the diminutive superstar a bumper new contract, which will keep him at the club until 2024.

Bleacher Report stated last year that Verratti was considering a move away from his current club, with the likes of Barcelona, Real Madrid and Juventus all thought to be keen on securing his services. 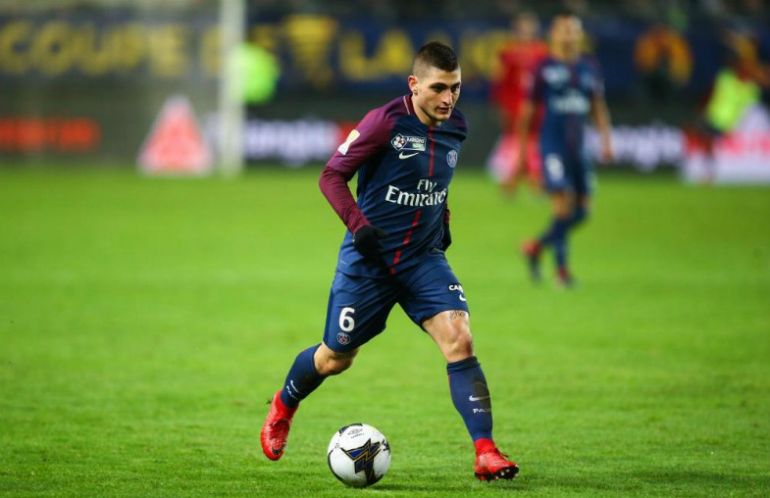 Verratti in action for PSG

However, he ended up staying in Paris for the 2018-19 season and despite another summer of speculation in the last transfer window, he remains a key member of Thomas Tuchel’s squad.

United might have been tempted to revive their interest in Verratti next year, but it now seems unlikely that they could lure him away from Ligue 1.

His value is likely to skyrocket if he commits to fresh terms with PSG as expected and the Red Devils could struggle to attract world-class players of his ilk given their ongoing struggles.

Ole Gunnar Solskjaer will certainly need to strengthen his squad in January in order to turn things around in Manchester, but he will probably need to set his sights on more realistic targets, especially without any Champions League football to offer potential new signings.