Barcelona have reportedly been offered the chance to sign RB Salzburg forward Erling Haaland following his fine start this season.

19-year-old Haaland, who currently plies his trade with Salzburg in Austria, has been in blistering form so far this year, with the Norwegian bagging a total of 18 goals and five assists in 11 games in all competitions, a superb record.

This tally includes the four goals he’s already scored in the Champions League this year, which have come against Club Brugge and Liverpool.

It seems like Haaland’s form has attracted the attention of some of Europe’s top clubs, with two of these being Real Madrid and Barcelona.

As per Don Balon, both sides sent scouts to watch him in the Champions League against Club Brugge last month, a match in which he bagged a hat-trick, thus we feel their scouts may have been impressed with what they saw.

Following this, it’s also noted that Haaland’s agent, Mino Raiola, has offered his client’s services to Barca, but not Real, something that suggests the Blaugrana have the edge over their rivals in this transfer chase. 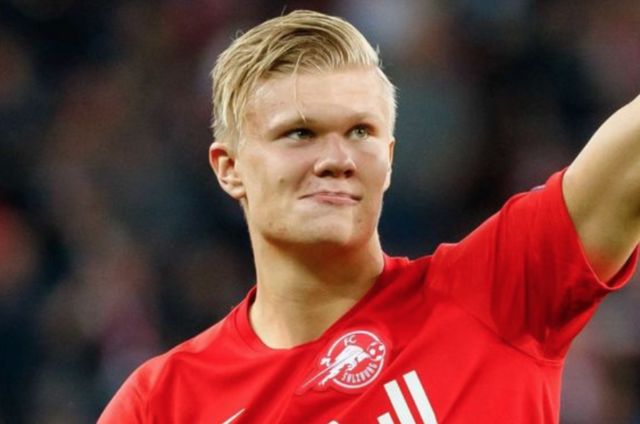 Haaland has been in such good form this year, that we wouldn’t be surprised to see him end up at one of Europe’s top clubs next summer should he managed to keep it up until the end of the season.

And if this report’s anything to go off, it seems like that club could very well be Ernesto Valverde’s Barcelona…