Chelsea have set a price tag of £22m for one of their fringe first-team stars, the ace has looked impressive during his brief outings so far this season for the Blues.

According to the Express, Chelsea value fringe first-team star Michy Batshuayi at around £22m, news of the Belgian’s price tag comes after it was revealed that Crystal Palace could make a move for the forward in January.

Batshuayi was impressive for Roy Hodgson’s side during his loan spell to the Selhurst Park outfit for the second-half of last season.

The forward scored five goals in 11 Premier League games and his strikes helped the London club escape from a possible relegation battle and finish 12th in the league.

The Belgian was signed by the Blues three years ago for a fee of £33m, as per BBC Sport, but his career in west London has struggled to take off.

Batshuayi has often been limited to brief cameos off the bench during his time with the Blues, the ace has also been sent out on loan several times since his big-money move to England. 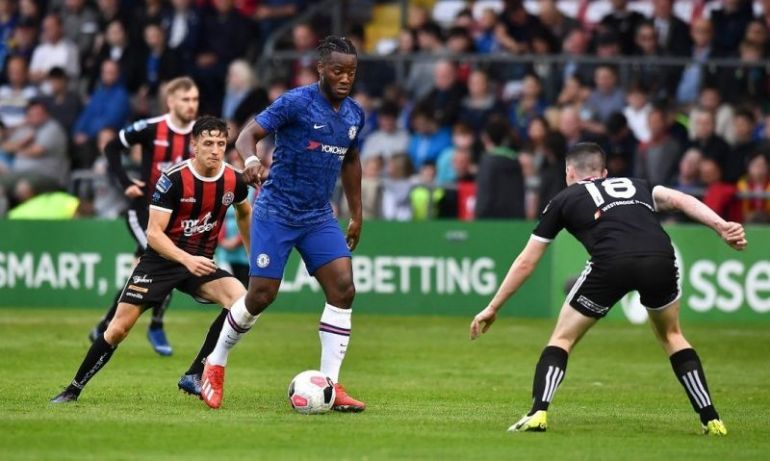 Batshuayi in action for Chelsea during pre-season.

Batshuayi has actually impressed during his outings this season, the 26-year-old has five goal contributions in six games – although just one of these was a start.

Tammy Abraham has made the No.9 spot his own for the Blues so far this season, the ace’s prolific form has left Batshuayi and Olivier Giroud with little playing time.

Batshuayi’s time with the Blues hasn’t actually been that bad, the forward has definitely made up for his inconsistent performances by scoring some crucial goals.

I was in attendance at The Hawthorns when the Belgian sealed the league title for Chelsea against West Brom back in 2017.

Given his solid loan spell with the Eagles last season, Batshuayi would be the perfect option for Palace as they look to bolster their attack in January.