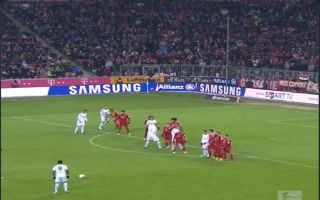 Usually when a player retires it’s greeted by a respectful reflection of their achievements and perhaps some notable moments on the pitch. This free-kick from Michel Bastos was at least “noteable”

He recently announced his retirement after a good career that saw him play for many great clubs. He will be best remembered for his time in France with Lille and Lyon. He was particularly impressive with Lyon where he scored many spectacular goals.

READ MORE: Another VAR shambles as employee disconnects the technology to CHARGE HIS PHONE!

He also had spells with Roma and Schalke. Unfortunately for him, one of his worst moments came in Germany as he looked to fire in another trademark free-kick. This might be one of the worst efforts of all time:

What makes this effort extra special is the suspense he builds up before it. He looks like a man who knows exactly what he plans to do with the ball. Unfortunately, the end result was something completely different.