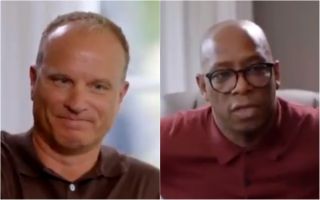 Two Arsenal legends met up to chat in a brilliant video from Ian Wright as he interviewed old team-mate Dennis Bergkamp.

These two formed a superb strike partnership for Arsenal back in the mid to late 90s, and remain two of the most loved heroes in the club’s history.

Gooners are bound to absolutely love this moment in particular as Wright admits to Bergkamp for the first time that playing alongside someone of his calibre made him feel like he’d made it.

You can see how touched Bergkamp is to hear this from his old team-mate in this lovely moment.