It might be the case that a player will only agree to sign for someone on the condition they have a fairly modest release clause built into their contract, but there’s no real benefit to the club for having one. All it can do is limit the fee you can get for a player.

Of course it would ultimately come down to the player actually wanting to leave, but once that release clause is triggered the club has no choice but to accept it.

This is a fairly interesting one for Arsenal fans. Alexandre Lacazette is clearly an important member of the team. He’s probably second choice behind Aubameyang, but 29 Premier League goals in just over two seasons is a valuable thing to have.

READ MORE: Arsene Wenger lined up for return to management after being named as a key target to replace former player

According to a report in The Metro, Arsenal actually offered the player to Zenit in the Summer, and it was revealed that he has a release clause of £61m. The report goes on to say that the Russian side decided to sign Malcolm from Barcelona instead, but that’s a perfectly achievable transfer fee for a lot of teams.

Although Arsenal might not be immediately hurt if somebody did trigger that clause and signed him, they’ve shown they aren’t over adventurous when it comes to reinvesting money into transfer fees, so he could be a very difficult player to replace. 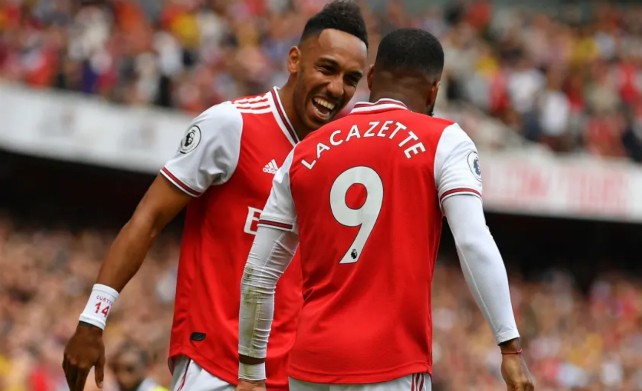 Aubameyang and Lacazette in action

He’s even more valuable when you consider the Europa League will stretch the squad as the season goes on. He’s had his injury issues, but £61m for an established Premier League and international striker could be a good deal for anybody looking to sign a striker.

It also makes you wonder how much stick Arsenal would’ve taken if he turned into a 30 goal a season striker and they were forced to sell him for that amount.