Barcelona have been handed a massive boost by one of their crucial stars, the superstar has agreed to open talks over a new contract with the Catalan giants.

According to AS via Catalan radio station RAC-1, Lionel Messi has revealed that his idea was to stay at Barcelona forever, giving the La Liga giants the green-light to open talks over a new contract with the superstar after a period of uncertainty.

AS understand that a fallout between the squad and Barcelona’s boardroom in response to the Neymar saga this summer led to Messi considering a departure from the Camp Nou before his contract expired.

The five-time Ballon d’Or winner’s current deal is set to expire in June 2021, however club president Josep Maria Bartomeu revealed that Messi would have the chance to leave a year earlier.

AS report that the chief told the club’s television channel that: “Before the last season, 2020-21, he can leave Barcelona , retire from football or play where he likes. It Is a right that he has earned like Xavi and Iniesta.”

The Sun reported this summer that the Argentinean great currently earns a staggering £900,000-a-week, I guess this is totally worth it when it comes to a player of Messi’s calibre. 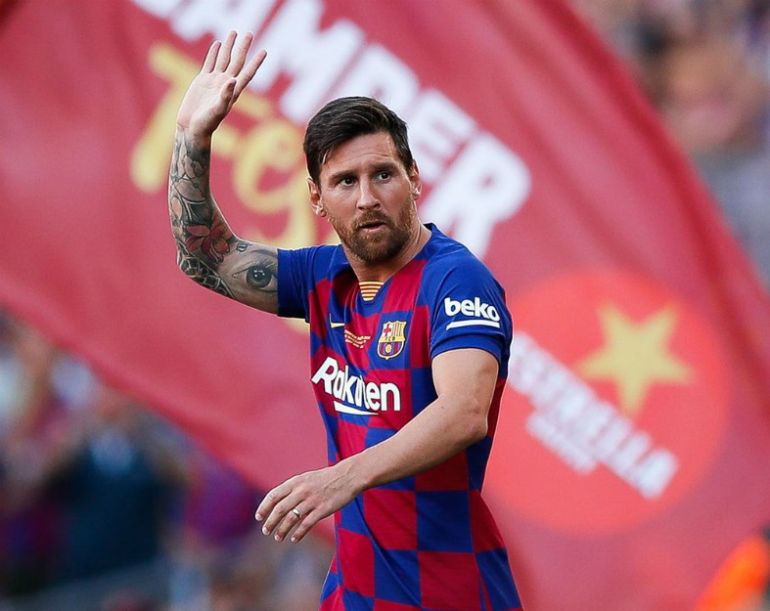 “If they want me, I am delighted. My idea is to stay here forever. It has always been like this and remains the same way; nothing has changed.”

AS report that Messi later added that ‘there would be no problems’ during negotiations between the club and his father over a new deal.

Messi has already cemented his legacy as an all-time great, anything that the attacker achieves in his twilight years will simply be a bonus on top of a a jam-packed trophy cabinet.

Ernesto Valverde will be pleased to see that the club and Messi are moving in the right direction over a new contract, a shock departure from the Camp Nou for the star would send shockwaves through the club.

It will be interesting to see which world class stars the club are eyeing up to take the superstar’s mantle in the next couple of years. Will Barcelona ever be the same without Leo?