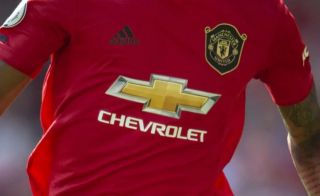 Manchester United are reportedly set to be dealt a huge financial blow as shirt sponsors Chevrolet look set to ditch their deal with the club.

According to the Daily Mail, the car manufacturers have been unimpressed with the performance of Man Utd since they started their deal with them, and now look highly unlikely to renew it.

The Red Devils certainly aren’t the force they used to be and that could be damaging their global brand, with sources close to the situation quoted by the Mail as stating the American corporation overpaid for the deal.

The Mail claim United are now looking for new shirt sponsors, and fans will hope they can strike another good deal that doesn’t hit their finances too much.

Still, the priority for most MUFC fans now will surely just be for the team to improve its form as Ole Gunnar Solskjaer struggles at the start of this season.

With so many struggles on the pitch, these extra reports of issues off the pitch won’t be too welcome.