A recent report has revealed that Manchester United are excited by one of the academy’s midfield talents, the ace might not be far from breaking into the first-team.

According to The Times (subscription required), Manchester United are trying to be more proactive with their recruitment of promising youngsters after missing out on the likes of Bayern star Thiago Alcântara.

It’s reported that insiders at the club are very excited about 16-year-old prospect Hannibal Mejbri who was signed from French giants Monaco this summer.

The Evening Standard report that the Red Devils beat rivals Chelsea, Liverpool, Tottenham and even Bayern Munich to secure the ace’s signature for a staggering £9.3m. 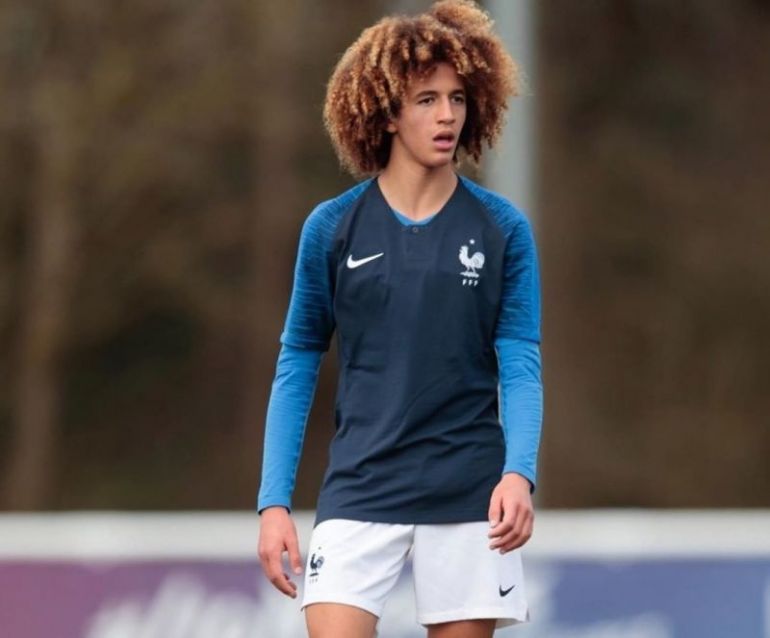 Mejbri in action for France’s Under-16s side.

The Times also report that the club are working to restore their famed philosophy that has been lost since Sir Alex Ferguson’s retirement.

It’s quoted as: “We have to win trophies, we have to play attacking, dynamic football with X factor players, and we have to give youth a chance.”

It’s clear that Ole Gunnar Solskjaer has taken the aspect of youth on board; promising youngsters like Mason Greenwood, Brandon Williams, Angel Gomes, Tahith Chong and James Garner have all been given chances in the first-team this season.

The Times also state that United are keen on signing young players, but their key focus is just as much on a player’s character as his ability. It’s added that the Premier League giants want to sign players who are “humble but arrogant”.

The kind of mentality is likely to describe players that are respectful off-the-pitch, but kick up their competitive gears when they’re on the field.

United are currently sitting 12th in the Premier League, do you think that a promising talent like Mejbri should be given a chance to shine if the Red Devils’ woes continue?