It’s pretty incredible to think that somebody is in a position to win every major trophy that would be available to him. It obviously requires an extraordinary ability, but also being part of a successful team both domestically and internationally.

There’s always a debate about football at The Olympics, those who hate the sport always argue it’s the one time for everyone else to shine and they should be left out of it. It’s not seen as the most prestigious medal, but it’s still something a lot of people want to win.

READ MORE: Gerard Pique failed with bizarre bid to buy English club and transform them into a “finishing school” for English talent

Spain look set to compete in the 2020 games in Tokyo and Marca have reported that Ramos is seriously considering competing. It’s usually reserved for U23 players with up to three overage players, but the report says Spain tend not to include anyone who is “overage”

They also go on to confirm that this would be the only thing missing from his medal collection. If he was to play and win it would be an unbelievable achievement. 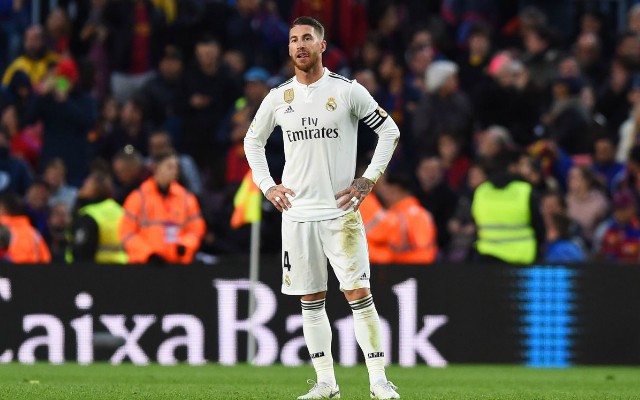 Just take a minute to look at his Wikipedia and read through the list of individual and team accolades, it’s absolutely phenomenal. What could also be interesting is the Olympics would offer him a chance to add to his legendary disciplinary record if he could manage to get sent off there.

In a way, the most fitting thing would be if he scored a thumping header to put Spain ahead before getting a needless red card in the final. Keep an eye on the Spain squad for the tournament to see if he features.