Manchester United are a “long way” from rediscovering past glories under Ole Gunnar Solskjaer, according to Edwin van der Sar.

The Red Devils have lost three, drawn three and won just two of their first eight Premier League matches this season, slipping down to 12th in the table.

United are already a whopping 15 points behind leaders and arch-rivals Liverpool, whom they host at Old Trafford after the international break on October 20.

Solskjaer has come under intense pressure in recent weeks, with many fans and experts questioning whether he is the right man to take the club forward.

Harry Maguire, Aaron Wan-Bissaka and Daniel James have made positive starts to their United careers, but the decision not to replace departed duo Romelu Lukaku and Ander Herrera has left Solskjaer short on options in midfield and attack. 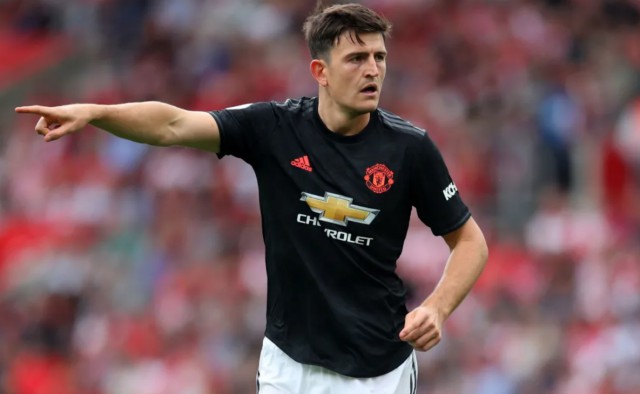 United legend Van der Sar, who won four Premier League titles at the club between 2005 and 2011, has weighed in on the current crisis at Old Trafford, insisting “strong characters have disappeared” from the squad.

“I think for ourselves, when I came in the dressing room we had Ryan Giggs, you had [Paul] Scholes, you had [Rio] Ferdinand, [Gary] Neville and even Roy Keane at that time,” the former Netherlands goalkeeper told ESPN.

“I left there eight years ago and it was a tremendous last six years of my career, winning four Premier League titles and playing in three Champions League finals.

“So it’s a long way from the position where they are in now. And of course they have changed managers a couple of times now and the real progress is not seen yet, only the thing that they bought in the summer.

“They bought younger, inexperienced players with a certain desire and hunger, and not like the big names they bought the last six, seven years.”

Van der Sar went on to express his doubt in United’s ability to attract the world’s best players in the transfer market, with no Champions League football on offer and realistic trophy aspirations at an all-time low.

“But for a player … you want to play at a certain level, you also want to have an idea that you can win trophies and they must take that opportunity also to improve the squad and make the world-class players they have, or the players that they’re going to sign, that they feel welcome and that there’s a good path to where they’re going to go to.”