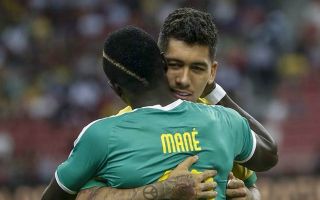 The five-time World champions took on the AFCON runners-up for the very first time and the match ended in a draw. Roberto Firmino opened the scoring for Brazil after just nine minutes before Famara Diedhiou converted a penalty to equalise just before the interval.

Mane was not on the scoresheet but he often caused trouble to the Brazilian backline through his pace and dribbling and eventually won the penalty that led to Senegal’s equaliser.

The 27-year-old has been in sensational form this season, netting eight goals and providing two assists in 11 matches across all competitions so far. Mane has also had a pretty fine international career so far, scoring 19 goals in 67 appearances for Senegal so far. He was brilliant for the Lions of Teranga during the AFCON where he scored thrice and was included in the Team of the Tournament. Given his current form, there’s a very good chance Mane will become Senegal’s all-time top scorer before the 2022 World Cup. He is currently ten goals behind Henri Camara’s tally of 29 goals.

Several fans were delighted with Mane’s performance against Brazil and praised him on Twitter.

While we work our way through the boredom of the international break I’ve been thinking about how good this fella is. (long read)

Sadio Mane is absolute beast, & although he is regarded as a top player, I still feel he doesn’t get enough recognition for his abilities and…… pic.twitter.com/dGMPhvz04v

Sadio Mané is destroying Brazil in front of a Singapore crowd which is littered with #LFC shirts adorning his name.

Yet few outside of Anfield really appreciate what a global superstar the club has in its ranks. https://t.co/zwKUsx5SOM

Sadio Mané in the form of his life is untouchable. pic.twitter.com/es5DWG8B7w

Very disappointing game by Brazil so far. Mane has been a real beast ? What a player 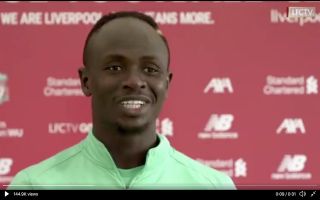