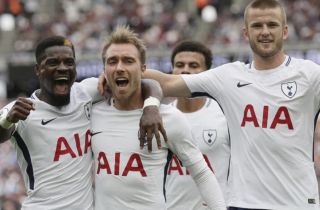 Tottenham defender Serge Aurier has revealed that he was looking to an exit this past summer, and has done little to entirely rule out the option moving forward.

The 26-year-old was limited to just 17 appearances last season, largely playing a back-up role to Kieran Tripper in the right-back position.

He did contribute two goals and three assists in those appearances, and following Trippier’s exit over the summer, he could perhaps have been buoyed over the possibility of a more prominent role for Spurs.

However, a combination of injuries and suspension have restricted him to just four outings so far this season, and it seems as though he may well still be open to an exit in the future having been denied the chance to move on this past summer.

“I was looking for an exit, so I couldn’t play. When you’re trying to move, you can’t play because an injury or whatever else can scupper everything,” he is quoted as saying by The Sun. “But I’m not the only one who decides. Today, the window is closed so I’m focusing on my club and we’ll see what happens later.

“I’m not disappointed to have stayed because that will allow me to surpass myself, to have a very good season and we’ll see. The boss has the last word and here the boss is the manager.”

Time will tell if he gets what he wants from Mauricio Pochettino and Tottenham in the coming months, as if he is able to cement his place in the starting line-up this season, perhaps he’ll have a future in north London and talk of an exit will disappear.

However, Aurier is seemingly still keen to avoid shutting that door entirely based on his quotes above, and so it remains to be seen if a split is still possible.

Given the lack of quality depth in that area of the squad though, Pochettino may well need a replacement before any exit is given the green light with Moussa Sissoko playing at right-back against Brighton before the international break while Aurier was suspended.

Further, after his red card last time out and questionable performances at times, it’s perhaps fair for some to raise question marks over whether or not he can be the solution for Spurs in that position. 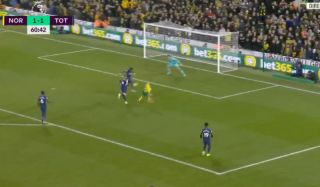