It must be fairly common to see a young player called up to first team training during the international break, especially at the biggest clubs. Most players will be away so any injuries will leave few bodies to actually take part in the sessions.

While it might be common, sometimes the surname of the player can lead to a few raised eyebrows.

READ MORE: Sergio Ramos considering 2020 commitment in an attempt to win the only trophy missing from his resume

According to a report in Marca, Zinedine Zidane has called up another one of his sons to join in the first team training at Real Madrid. The latest Zidane is Theo, who follows Enzo and Luca in making the leap to the first team in Madrid.

It’s unlikely he will actually make any first team appearances soon, the story suggests James Rodriguez, Brahim Diaz and Lucas Vasquez all picked up niggling injuries so more players were required. It was said that Zinedine took the training session so if his son did stand out he might be tempted to call him up again. 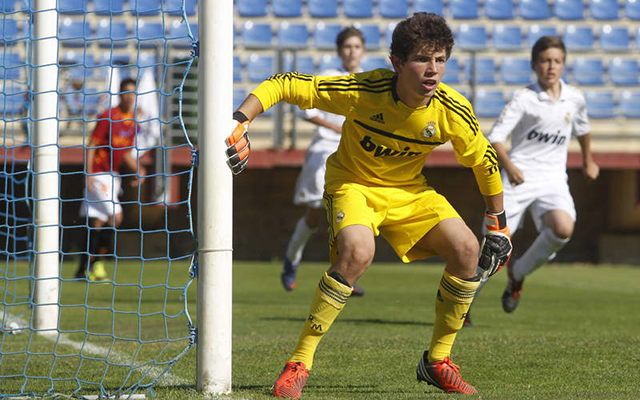 Luca Zidane in action for Real

Theo is only 17 and plays with the youth teams just now, but he will be hoping to follow his brothers in actually making a matchday squad or making an appearance with the first team.

It’s easy to say he only got the opportunity because his dad is the manager, but it’s an intriguing name to keep an eye on for the future.