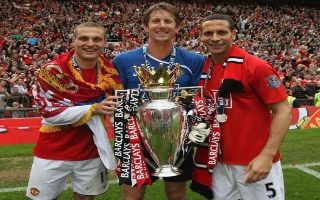 One of Manchester United’s legends is now open to a return to Old Trafford, despite previously being reported as having ‘reservations’ over working at the club.

According to Mirror Football via Planet Futbol, some Manchester United fans will be delighted to see that Edwin van der Sar is ‘interested’ in taking up a position at the club in the future.

Journalist Ian McGarry revealed on the Transfer Window Podcast this summer that the Red Devils legend ‘had reservations’ on a potential return to Old Trafford in a directorial role.

The Mirror add that the former goalkeeper is being touted for a Director of Football role with the Premier League giants.

Since calling time on his playing career, Van der Sar has worked his way up the ranks at former club Ajax – the 48-year-old is now the CEO of the Eredivisie giants.

Here’s what the Dutchman had to say on a potential return to Manchester:

“Besides my family, my wife and kids and everything I have two loves in my life. That’s Ajax, who gave me the opportunity to develop, they scouted me, they gave me the chance to shine in the world of football.”

“And the last club of my career, also gave me a lot of attention, recognition and everything, developed at a later stage. And of course I’d be interested, interested in a position.”

“But I need to learn a little more here [at Ajax], develop myself further and of course eventually let’s see what the future brings.”

“United is a fantastic club, there’s a great following all over the world. Everybody wants to play for them and eventually, work for them.”

Van der Sar played for the Red Devils between 2006-2011 and the stopper established himself as one of the best goalkeepers to ever play in the Premier League.

During his successful spell with the Red Devils, Van der Sar won every major honour excluding the FA Cup. 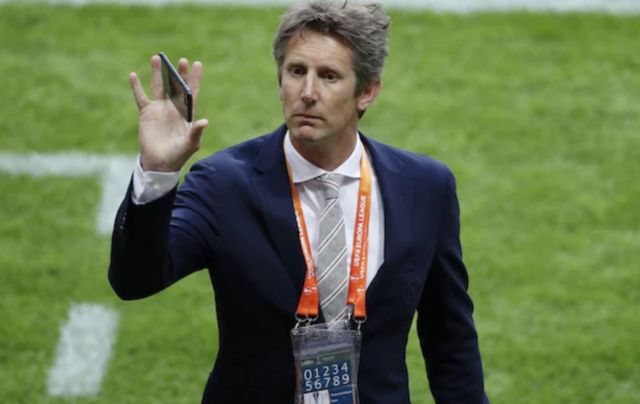 United want to bring Van Der Sar back to take up the role as Director of Football.

The ‘Flying Dutchman’ also won a heap of individual awards for his shot-stopping efforts; winning the Premier League’s Golden Glove, the UEFA Goalkeeper of the Year and also three inclusions in the PFA Premier League Team of the Year.

Ole Gunnar Solskjaer has so far failed to turn around the club’s woes since his appointment as permanent boss. The Red Devils are sitting 12th in the Premier League table.

Right now, it looks as though the Manchester outfit can forget about a potential top finish – even finishing in Europa League spot seems like a difficult challenge for the side this season.

Van der Sar could be a very serious contender for a directorial role at United in the near future if he continues to make waves with Ajax.