There are so many needs in this current Man United squad but somebody in central midfield looks increasingly urgent. Fred is awful, James Garner isn’t getting a chance and nobody else seems able to step up when Paul Pogba is injured.

January figures to be a huge month in terms of the club’s ambitions for the rest of the season. If they make a few moves then it shows they still want to push for any available trophies and the top four. A lack of action will show mediocrity has been well and truly accepted.

There could be some positive news. The Manchester Evening News has recently run a story based on reports from Italy. they say that United are ready to make a bid for £35m rated Brescia midfielder Sandro Tonali.

He’s likened a lot to Andrea Pirlo because of the Brescia connection and his hair, but he’s a more aggressive and dynamic style of midfielder who could really improve the midfield. They do go on to suggest there is interest back home from AC Milan and Roma for his signature. 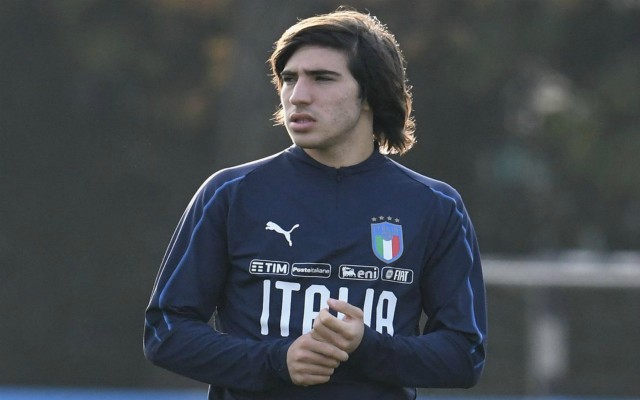 He’s only 19 but already has 60 career appearances and seems reliable despite his age. He was a key part of their promotion campaign and looks more than capable in the top league after making the step up.

He fits perfectly into the profile of the type of player United have been signing lately. He’s young and talented and looks to have enormous potential, so this could be an exciting signing.